Copyright by Robert C. Rogers and the Mississippi Baptist Convention Board.

One of the most interesting Mississippi veterans of the Civil War was M. P. (Mark Perrin) Lowrey. Lowrey was a veteran of the Mexican War, then a brick mason who became a Baptist preacher in 1852. When the Civil War began, he was pastor of the Baptist churches at Ripley in Tippah County and Kossuth in Alcorn County. Like many of his neighbors in northeast Mississippi, he did not believe in slavery, yet he went to Corinth and enlisted in the Confederate Army. He was elected colonel and commanded the 32nd Mississippi Regiment. Lowrey commanded a brigade at the Battle of Perryville, where he was wounded. Most of his military career was in Hood’s campaign in Tennessee and fighting against Sherman in Georgia. He was promoted to brigadier-general after his bravery at Chickamauga, and played a key role in the Confederate victory at Missionary Ridge. In addition to fighting, he preached to his troops. One of his soldiers said he would “pray with them in his tent, preach to them in the camp and lead them in the thickest of the fight in the battle.” Another soldier said Lowrey “would preach like hell on Sunday and fight like the devil all week!” He was frequently referred to as the “fighting preacher of the Army of Tennessee.” He led in a revival among soldiers in Dalton, Georgia, and afterwards baptized 50 of his soldiers in a creek near the camp. After the war, Lowrey founded Blue Mountain College in Tippah County, and the Mississippi Baptist Convention elected Lowrey president for ten years in a row, 1868-1877.

Dr. Rogers is currently revising and updating A History of Mississippi Baptists. 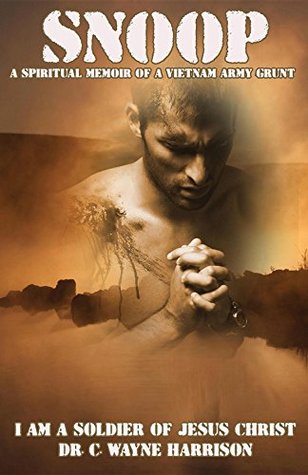 Snoop: A Spiritual Memoir of a Vietnam Army Grunt (Published by Parables, 2016), by C. Wayne Harrison, is a 98-page book that tells stories of war, grouped together for devotional reflection. That may sound like an unusual approach, but Harrison makes it work.

Harrison was a private in the U.S. Army, who fought in the jungles in the Vietnam War in 1969-1970. Today he is Baptist minister in Booneville, Mississippi. In ten short chapters, he recalls his desire to be a soldier and relates in vivid detail the horrors he experienced in the war. Although the stories tend to move chronologically from early in his life through his year in Vietnam, the chapters are more thematic in nature, with titles such as, “The Heart of a Soldier,” “The Hands of a Soldier,” “The Hardships of a Soldier,” etc. Each chapter opens with a passage from the Bible, then focuses on stories that relate to the theme of the chapter, followed by some discussion questions and a prayer.

The reader identifies with the young man, who is nicknamed “Snoop” because of his lapel pin of Snoopy, the dog who imagined he was a fighter pilot, in the “Peanuts” comic strip. Some descriptions of war in the book may be disturbing to young readers, and the stories certainly are sobering even to mature readers. I believe Harrison’s writing will connect well with soldiers who read the book, and would make an excellent resource for military chaplains or anybody, especially soldiers, who are willing to reflect on God’s purpose for their lives.

The book is well-written, using excellent images and descriptions, and is easy to read, although I noticed a typo on p. 64, where the word “scar” was spelled “scare.” There are black-and-white photos of Harrison as a young soldier in the back of the book. In interest of full disclosure, I received a complimentary copy of this book from the author, with no obligation to write a favorable review.

I Am a Soldier for Christ

I AM A SOLDIER FOR CHRIST
(Author unknown)

I am a soldier in the army of my God. The Lord Jesus Christ is my Commanding Officer.
The Holy Bible is my code of conduct. Faith, prayer and the Word are my weapons of warfare. I have been taught by the Holy Spirit, trained by experience, tried by adversity and tested by fire.
I am a volunteer in this army, and I am enlisted for eternity. I will either retire in this army at the Rapture or die in this army. But I will not get out, sell out, be talked out or pushed out. I am faithful, reliable, capable and dependable. If my God needs me I am there. If He needs me in the Sunday school, to teach the children, work with the youth, help adults or just sit and learn, He can use me because I am there!
I am a soldier. I am not a baby. I do not need to be pampered, petted, primed up, pumped up, picked up or pepped up. I am a soldier. No one has to call me, remind me, write me, visit me, entice me or lure me. I am a soldier. I am not a wimp. I am in place, saluting my King, obeying His orders, praising His name and building His kingdom! No one has to send me flowers, gifts, food, cards or candy, or give me handouts. I do not need to be cuddled, cradled, cared for or catered to. I am committed. I cannot have my feelings hurt bad enough to turn me around. I cannot be discouraged enough to turn me aside. I cannot lose enough to cause me to quit.
When Jesus called me into this army, I had nothing. If I end up with nothing, I will still come out ahead. I will win. My God has and will continue to supply all of my need. I am more than a conqueror. I will always triumph. I can do all things through Christ. The devil cannot defeat me. People cannot disillusion me. Weather cannot weary me. Sickness cannot stop me. Battles cannot beat me. Money cannot buy me. Governments cannot silence me, and hell cannot handle me. I am a soldier. Even death cannot destroy me. For when my Commander calls me from His battlefield, He will promote me to captain and then allow me to rule with Him. I am a soldier in the army, and I’m marching claiming victory. I will not give up. I will not turn around.
I am a soldier, marching heavenbound.
Here I stand! Will you stand with me? (Stand Firm, June 2001)