Book review: “A Land Remembered” tells the history of Florida in novel form 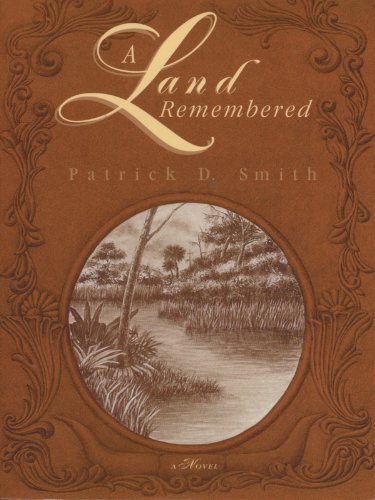 A Land Remembered by Patrick D. Smith, is the history of Florida, told in novel form.
The author creates a fictional family, the McIvey’s, and weaves a tale of their lives through all the major points of Florida history, from the time of the Civil War to the 1960s. Sensing the onset of war, Tobias McIvey flees Georgia and settles in the wilderness of northern Florida in the late 1850’s with his young wife. Through Tobias and his sons Zack and Sol, as well as their African-American and Seminole friends, we learn about the Battle of Olustee during the Civil War, the shameful treatment of the Seminole tribe, how rural Floridians came to be called “crackers,” open-range cattle ranching, the beginning of citrus crops, the railroads of Henry Flagler, the settlement and rapid growth of Miami and south Florida, and more than anything else, we learn about the land– creatures, plants, lakes, hurricanes, and the Everglades. The story is told with humor and drama. This is an interesting way to learn about Florida, which is why many Florida social studies teachers use it in their classrooms. However, I should warn you that the characters are far from saints– there is a fair bit of profanity and some mild sexuality, as well. There is a student edition of this book which may tame some of those elements.