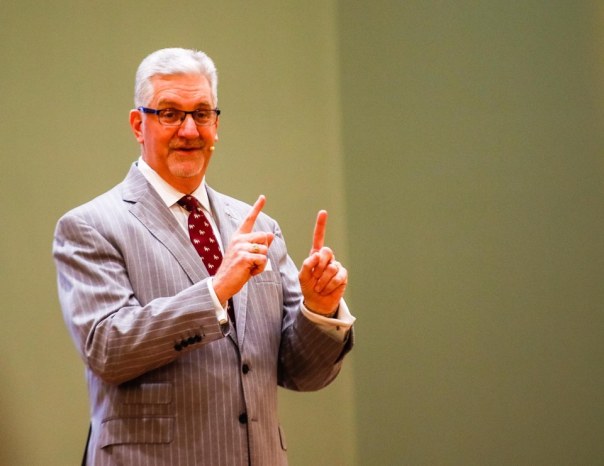 (Dr. Bill Hurt is the senior pastor of Pleasant Hill Baptist Church, Columbus, Mississippi. When he posted the following thoughts on Facebook, I found them so profound that I asked his permission to share it as a guest blog post, and he graciously agreed.)

The other day I shook hands with an individual and they commented on the softness of mine. They went on to say: “I bet those hands have never seen a hard day’s work.”
In some ways that statement is true, and it got me thinking about these hands of mine. They’ve never overhauled an engine on a car. Never plowed a field. Never hoed a garden. Never worked on an assembly line.
There are a lot of hard working activities these hands have never done, but they have taken a lifeless baby from the arms of a broken mother. They have taken a gun out of the hand of a man about to end his life. They have taken a bottle from an individual who was drinking their life away. They have raised and lowered children and adults in the baptismal waters. They have written numerous sermons. They have joined couples in matrimony. They have built churches on foreign soil. They have held the hands of the dying. They have received strangers into the Kingdom. They have dedicated and blessed countless babies. They have wiped the tears from grieving parents, spouses, and children. They have shaken the hands of the upper, middle, and lower class of society. They have held the hands of those who have prayed to receive Christ. They have removed debris from the rubble of destroyed churches. They have welcomed the homeless and offered them a place to sleep. I’m no different from any other preacher out there. Our hands are used quite frequently to serve. The endurance and strength to do these things come from another set of hands which happen to be nail pierced. After all, we’re called to be his hands and feet. I guess these hands are soft, but they are forgiven and ready for service.
Godspeed.